Summary: The aim of this project is to investigate the incidence of heart failure and develop new methods to detect heart failure at an early stage so that treatments can be given to prevent progression of the disease.

Most people who develop heart failure are already so ill when they first see a doctor that they need to be admitted to hospital. However, they have probably had abnormal heart function for many years. The best opportunity to intervene may have been missed by the time symptoms and signs of heart failure, such as breathlessness and ankle swelling, appear. As the heart begins to fail, it sends signals to the kidney causing water and salt retention, which is called congestion. The body switches on systems to prevent salt and water overload but when these systems are overwhelmed, symptoms and signs of heart failure develop.

Ultrasound can be used to assess heart function and the severity of congestion. It is already known that treatment for heart failure can improve symptoms and prolong life, but if there is still congestion on ultrasound, these patients do badly. However, we don’t know if the same is true for patients who have risk factors for, but have not yet developed, heart failure.

The aim of this project is to develop ways to detect heart failure in the early stages before symptoms develop, and it has two components:

They will look at how many people at risk of developing heart failure already have congestion on ultrasound and investigate which simple, non-invasive tests can detect congestion and best predict patient outcome.

Using routinely-collected health records, Dr Pellicori’s group will investigate how many new cases of heart failure occurred in the last decade in the West of Scotland, and which risk factors and events, such as heart attacks, precede and predict.

Weakened muscles due to heart failure
Find out more >>
Why does heart failure make our muscles become smaller and weaker? 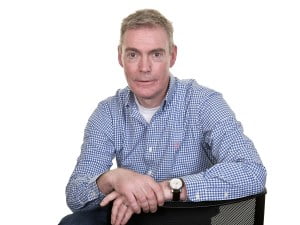